We live in a time of incredible technological advances.  The breakthroughs of the past decade alone make me wonder about what’s to come in the next few years.  Many of these advances are aimed at reducing the world’s carbon output, providing us a cleaner planet to live on.  This past week German car manufacturer Audi announced that, along with their partner Sunfire, they’ve created e-diesel from water.

It’s not hard to imagine a future where vehicles are powered by batteries and hydrogen technology, but Audi’s discovery opens the door on a potential third way.  In addition, many applications exist for e-diesel beyond the automotive industry.

To make e-diesel, water is heated to form steam.  The steam is heated to over 800℃ and then broken down and separated into its constituent hydrogen and oxygen using a process called high-temperature electrolysis.  The extreme temperature allows the water to break down with greater efficiency.  The hydrogen is then sent into a reactor and combined with carbon dioxide, which can be captured directly from the air.  In the reactor, high pressure and high temperature cause the hydrogen and carbon dioxide to react and produce long-chained liquid hydrocarbons.  Hydrocarbons are the basic building block of all fossil fuels.  These hydrocarbons have been named ‘blue crude’.

The blue crude is then refined in a manner similar to the way standard crude oil is refined to produce e-diesel.  Audi and Sunfire have developed the process so it can be powered exclusively by renewable energy and with an efficiency of around 70%.

One of the most exciting aspects of this development is that the process used carbon dioxide, the most common greenhouse gas.  Carbon dioxide is known to be created largely by burning fossil fuels, now it can be used in the process of replacing these fossil fuels with a carbon-neutral fuel.

Conventional diesel fuel contains sulphur and other contaminants, e-diesel does not.  Sunfire’s Christian von Olshausen is quoted as saying “The engine runs quieter and fewer pollutants are being created.”

“If we can make widespread use of CO2 as a raw material, we will make a crucial contribution to climate protection…”Prof. Dr. Johanna Wanka

German Education and Research minister Prof. Dr. Johanna Wanka put the first five liters of e-diesel into her official car and, after taking it for a drive, declared to project to be a success.  The e-diesel can be mixed with regular diesel or used on its own.

“If we can make widespread use of CO2 as a raw material, we will make a crucial contribution to climate protection and the efficient use of resources, and put the fundamentals of the green economy in place,” Wanka said.

Now before we get too excited production is currently very limited at only about 160 litres a day.  Over the next few months the plant is set to produce more than 3,000 litres of the e-diesel but, if the e-diesel receives enough interest, plans are in place for a larger scale production facility.

It should be noted that a lot of energy is required to produce e-diesel and the German model utilizes only renewable resources for that (solar and wind).  To truly make this an e-fuel of global proportions the same environmentally friendly power technologies should be applied to the manufacturing process.

The good news is that with larger scale production Audi believes e-diesel can be produced and sold for the same price that regular diesel is selling at.

Fuel from water, it’s finally here.  Imagine driving down the highway knowing that all those diesel trucks, vans and cars are being powered by an environmentally friendly fuel.  It’s not that far off now. 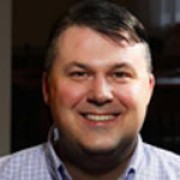